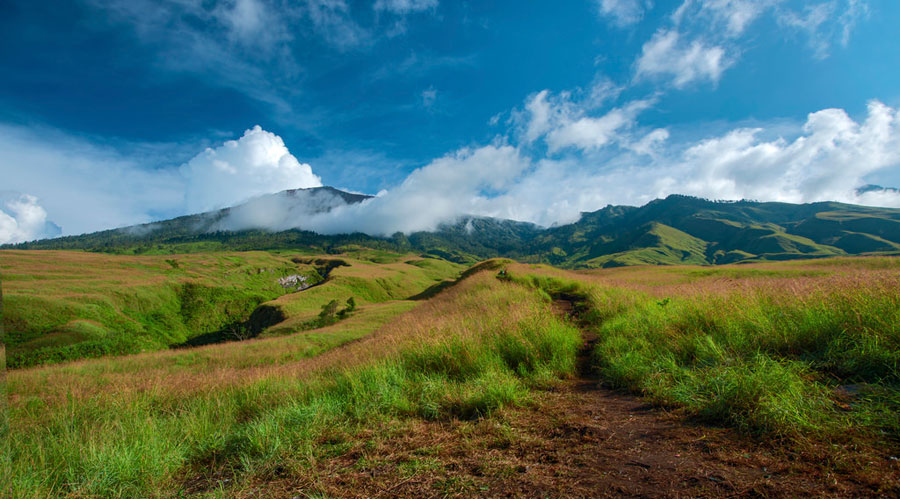 Your guide and porter have brought camera as your memories at Sembalun Lawang Village Mount Rinjani here and please visit again photo galleries of all our guests at the facebook page during a hike on Mount Rinjani at www.facebook.com/climbingrinjani/

Sembalun Lawang is a small village located on the north foot of Mount Rinjani.

Beautiful small village at an altitude of approximately 1.156 meters is presenting a beautiful natural scenery as well as one of the popular starting point point of climbing to Mount Rinjani (3726 m above sea level). In addition to Sembalun Lawang Village, Senaru Village is another gateway to reach the splendor of Mount Rinjani located on Lombok Island, West Nusa Tenggara. The cool Sembalun Lawang village is a favorite as a starting point for climbing as it makes the climbers save energy and time to reach the summit of Mount Rinjani. On the way to this village for approximately 4 hours from Mataram city, you will be presented with scenic green scenery set against the majestic Mount Rinjani. All our team of coordinators, guides and porters come from the local community of Sembalun Lawang. – Hiking and Trekking Mount Rinjani 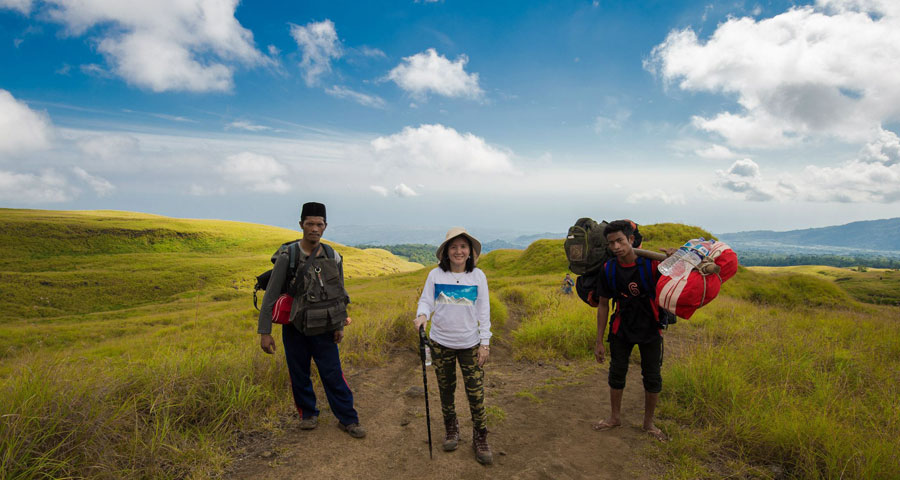 Starting from the Sembalun regions, we are greeted by the Savannas along 6 kilometers.

Starting from the Sembalun regions, we are greeted by the Savannas along 6 kilometers. 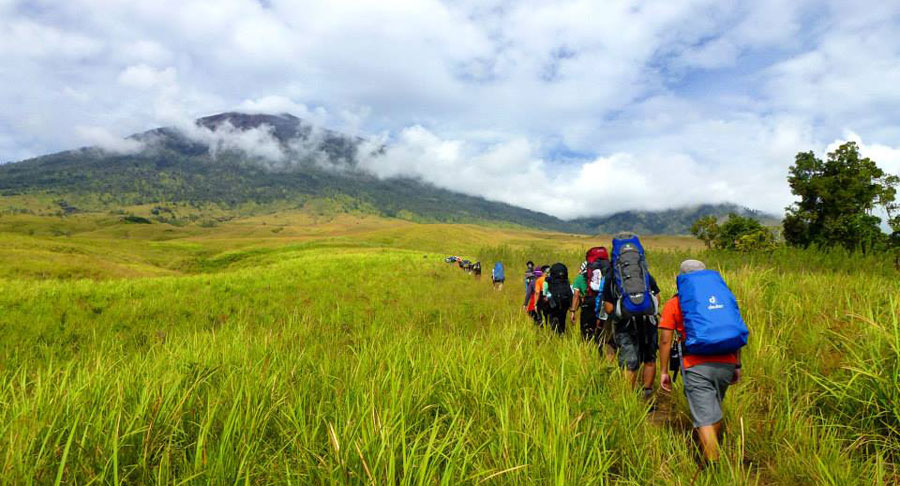 Starting point from the Sembalun Lawang regions, we are greeted by the Savannas along 6 kilometers. 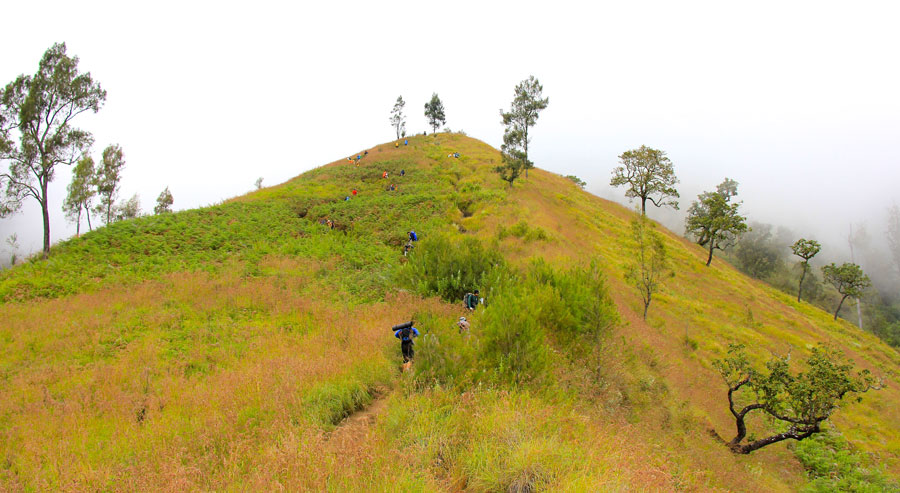 Another challenging trail you need to get through is here. People name it “The seven hills of regret” means that you’ll be too late to feel regret since you have gone that far and it felt like never ending. You have no choice but keep moving forward. Seriously. There are around seven hills which ascents brutally. Each hill promises you a fake hope of the top. It is pretty much identical but may be sevenfold in distance. You did not count the hills exactly. but it’s kind of many. No worries, you’ll be entertained by the natural charms all the way up the hills. The only obstacle is that you’ll too tired to get your camera ready (DSLR for instance). Truly challenge.

About Us Hiking Mount Rinjani

Getting To Mount Rinjani